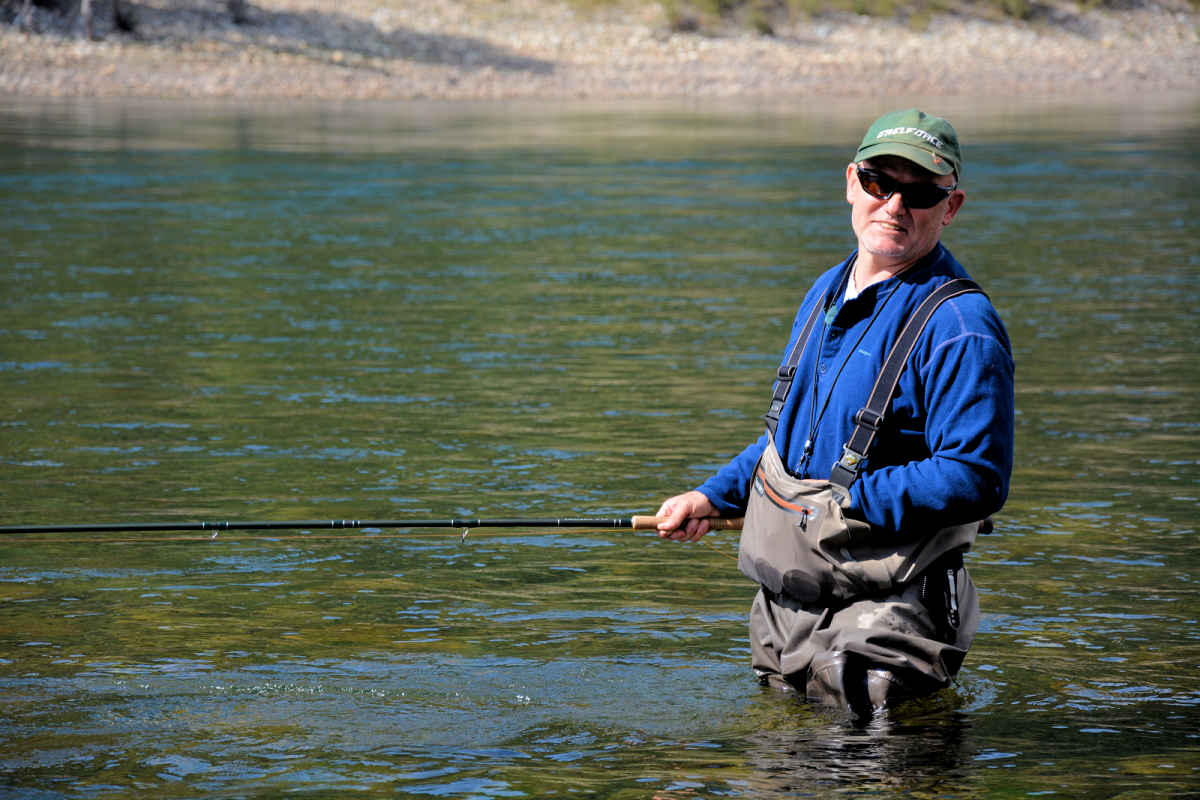 Anglers Aid Australia
Trail resident Bruce Kruk is well known in the sport fishing ecosystem. He is an avid spey caster who competes in world competitions and shares his knowledge. Chances are if you see someone spey casting on the Columbia River in Kootenay country and ask how they got started you will probably hear Bruce’s name.

When Bruce heard his friend, Josh Mills from Spokane Washington, was once again raising disaster relief funds he knew he had to help. When Hurricane Dorian, the most powerful Atlantic Ocean hurricane ever recorded, devastated the Bahamas on September 1, 2019 Josh started the Instagram hashtag #DozenForDorian. The premise was anglers would tie a dozen flies, auction them on social media, then donate the funds to relief efforts. They raised $42,100 USD, and Josh has never even been there.

When severe drought, record breaking temperatures, and massive bushfires ravaged Australia the hashtag #DozenForDownUnder went out. Bruce desperately wanted to help his friends disaster relief efforts. As a guide for Columbia River Fly Fishing he spoke with owner Matt Guiguet, and both agreed it was a great idea to up the stakes by offering a full day guided fishing excursion for auction. The winning bid was from Jake Hood of Spokane who is also a guide on the Spokane River in Washington. So far Dozen for Down Under has raised over $30,000 USD in aid for Australia.

Bruce took the auction winner Jake out on February 20th and 21st. Jake had a half-dozen good grabs, and landed one rainbow; however, Jake’s real goal was to improve his spey casting to reach 100 feet or more.. He enjoyed his visit immensely and booked a second day. When he left his casts improved to 120-130 feet. Jake told Bruce he will be a return visitor, and in his own words said “ It’s staggering how much we crammed into two days Bruce. My head will be swimming for weeks! Thanks brother, for everything !!!”.

Jake was very surprised at the difference between the US and Canadian side of the Columbia. The biggest surprise was to fish a free flowing river, and the next was seeing how green and healthy the landscapes are along with the many eagles, osprey and other wildlife that fish the river. Bruce took Jake to Pino’s Authentic Italian Cuisine for pasta with meatballs, sausage and ribs. Jake insisted on going back the second night for pollo cacciatore and was joined by owner Giuseppe Leone, (Pino for short). Jake said he would come back just to eat there, but that is not all he had to say about his stay here. He is extremely impressed with the area, and said his accommodations at the Glenwood Inn & Suites was amazing. -Thanks Jake; we love hearing what people think!

Back to the Australian fire fund raising effort, when asked why this is so important to him Josh said “because it was an unprecedented need. It’s well beyond the scale we’ve ever had in North America. Well over 14 million acres burned and it was an ecological disaster.” He added “Fly fishermen and women are helpers, and based on the success of the Dozen for Dorian campaign, the band of good people got back together via Instagram and our fly tying benches and guided trips to raise funds”. The funds were directed to the Yellowdog Community and Conservation Fund, an accredited international 501C3 that in turn could direct it to on the ground campaigns in Australia with the most possible impact, including the rural fire relief fund of New South Wales. Josh also lived in Australia in 2003, and added “the people and the country are amazing”. We Sport Fish thinks people like Bruce and Josh are amazing!

Not everyone knows how much anglers respect and help protect our waterways and habitat, -even when it is in another country. We Sport Fish is grateful to all the sport fishers who act as stewards for our fishery. Loosely in the words of Jake Hood -Thank you brothers and sisters, for all you do!