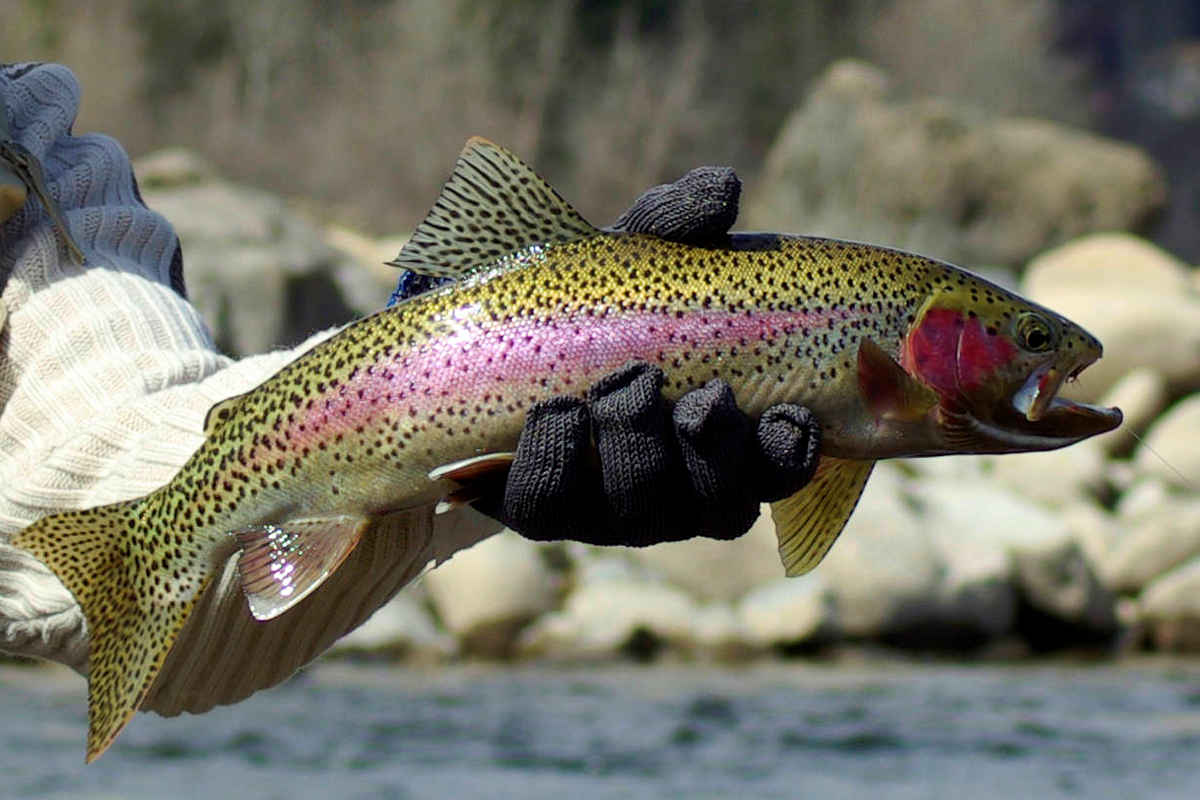 For almost 30 years between the months of March and June, BC Hydro has kept its flows on the Columbia River at a stable level to protect spawning rainbow trout. This spring BC Hydro announced that it will alternate years of protection flows and non-protection flows to see if the flow regime is actually benefiting adult rainbows, or if there are other environmental factors in play.

Prior to 1992, the spring discharge below Hugh Keenleyside and Brilliant Dams involved gradually decreasing flows during the rainbow trout spawning months that resulted in thousands of stranded rainbow trout redds (eggs). Since BC Hydro began regulating flows to prevent redd dewatering the trout population has grown at least 10-fold; but that’s all changing.

A 10-year Lower Columbia River Rainbow Trout Spawning Assessment wrapped up last year. It confirmed annually the unequivocal growth of the rainbow spawning populations; however, that was with the regulated flows in place. The company now wants to know if the burgeoning  trout population is a result of the controlled flows or the result of other environmental factors.

Every year the ability to satisfy BC Hydro’s objectives is dependent on Mother Nature, and how much water is in the system based on the snowpack and spring runoff. The development of eggs and fry (young fish) are strongly linked to flows and water temperatures.

Historically, many factors impacted rainbow trout spawning, including industrial and agriculture pollution, logging, introduction of invasive species, and disruption of suitable spawning habitat. The new study hopes to determine just how much regulated flows contributes to the rainbow boom on the Columbia.

“Although we know the flows have protected virtually all eggs from dewatering, we do not have a good grasp on whether enhanced egg survival from the protection flows is the reason for the increasing rainbow trout population,” continued Walker-Larsen. “For many fish species, the vast majority of eggs laid do not produce adult fish and a lot can happen after a rainbow trout egg hatches that affects how many grow to adulthood.”

With the alternating flow regime and further study, BC Hydro hopes to ensure a healthy rainbow trout population, now and for the future.