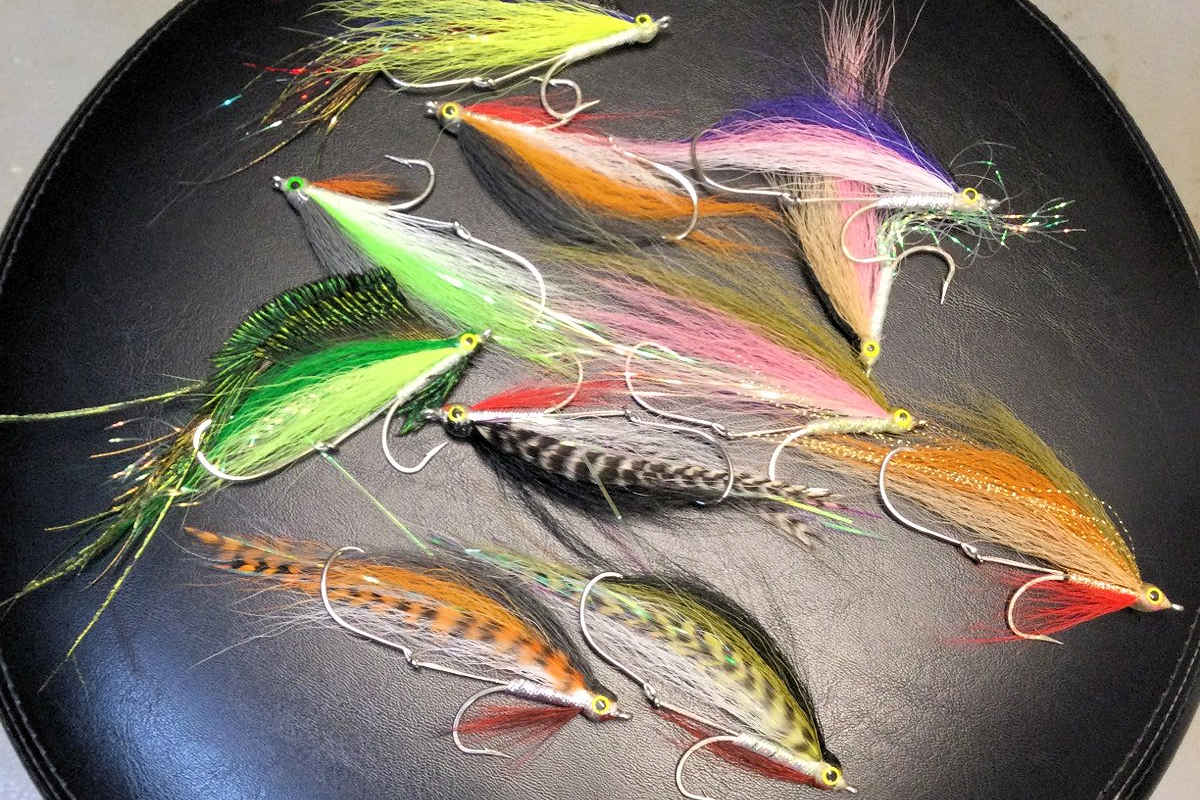 Trolling bucktails on West Kootenay lakes and the Columbia River is a tried-and-true method for catching large Gerard rainbows and bull trout.

The bucktail is more a large fly than a lure, made with authentic bucktail hair, mylar tubing and high-end Mustad and Gamagatzu hooks, and no one ties them better than Bigwater Bucktails.

We Sport Fish caught up with Dave from Bigwater Bucktails. Dave ties the patterns in a variety of colour combinations and profiles that have proven productive through years of testing and modifications.

With more than 40-years experience and countless hours spent on B.C. lakes angling for trout and on the west coast fishing for salmon, the creator of Bigwater Bucktails has honed his skills as tack sharp as the hooks he ties them on.

Uncertain how to fish the large flies?

Bigwater Bucktails will also give you advice on how to troll the hair, and which patterns are most effective at different times of year.

If you have an idea for your own custom-made pattern, Bigwater Bucktails will tie it for you.

The beauty of bucktailing is there are typically no weights or flashers between you and the fish. You experience the joy of fly angling on a much larger scale, so don’t be surprised when a 20 pound rainbow or salmon starts peeling line.