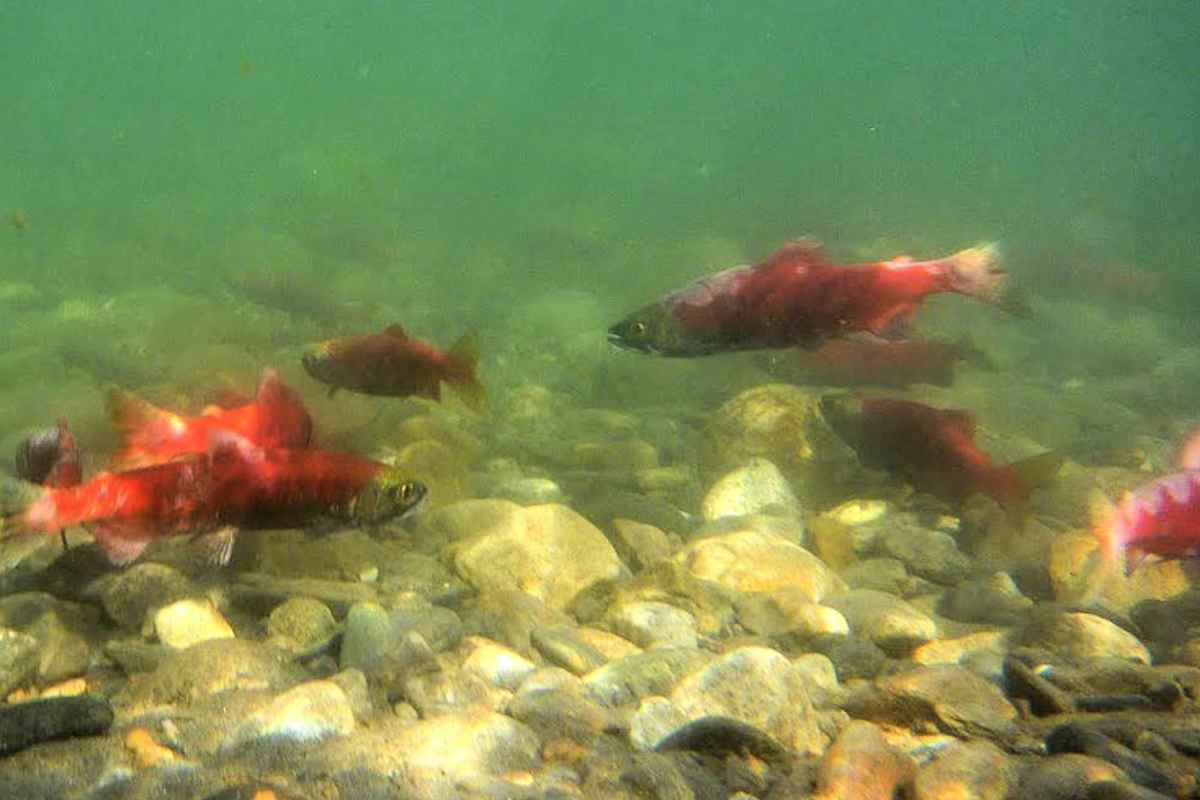 Three Indigenous groups and the BC and federal governments signed an agreement to restore Salmon to the Upper Columbia River on Monday.

The “historic” agreement saw representatives from the Syilx (Okanagan), Ktunaxa and Secwepemc peoples join British Columbia and Canadian government representatives in signing a letter of agreement in Castlegar on Monday.

Salmon were cut off from reaching Canada in the Columbia when the Grand Coulee Dam was completed in 1942 in Washington State. A keystone species, salmon were once abundant in the entire Columbia River system, but were blocked from their traditional migration routes.

The loss of the salmon run devastated Indigenous communities upstream that relied on the fish as a food source and cultural touchstone, as well as animals, birds and freshwater fish that relied on the spawning salmon for overwinter survival.

While the initial steps are both positive and provocative, the actual feasibility of the agreement remains uncertain, and will likely take much longer than the three-year commitment outlined in the agreement.