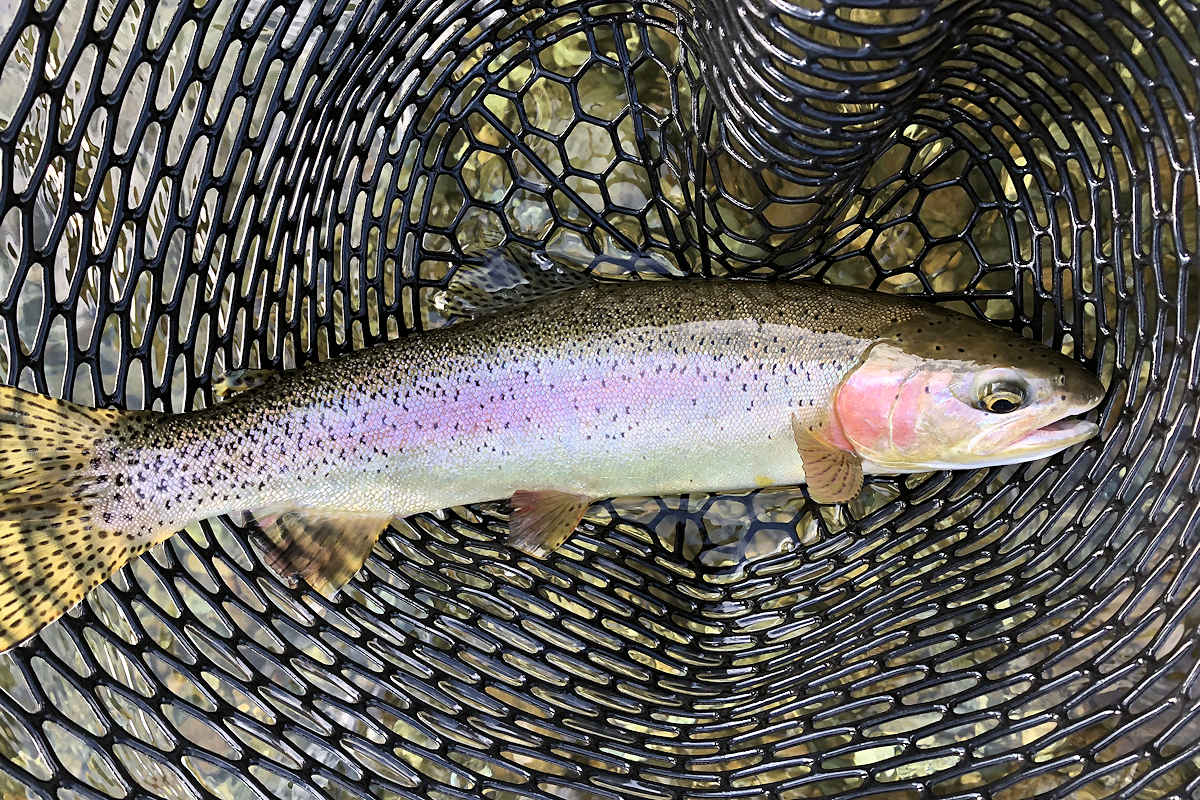 An early warm spell and some free time provided an opportune time for a quick solo fishing trip. Around 2:00pm I launched the drift boat at Brilliant in barely enough water to get over the sandbar just off shore.

I anchored behind a big boulder in a riffle with 12 inches of water and a nice, calm drop-off. I knew I was only going to be out an hour and decided to avoid the setup and chuck lures.  I cast an extra-heavy red Len Thompson lure across the drop-off and dragged my lure along the drop-off in the current.

The Len Thompson was a good choice as these fish nailed the lure and were very aggressive.  The weather had been stable for the past 2 days, so there was no barometric pressure change and both rainbows were in a fighting mood.  I was in and out of the water in about and hour and am looking forward to higher water and more great fishing.