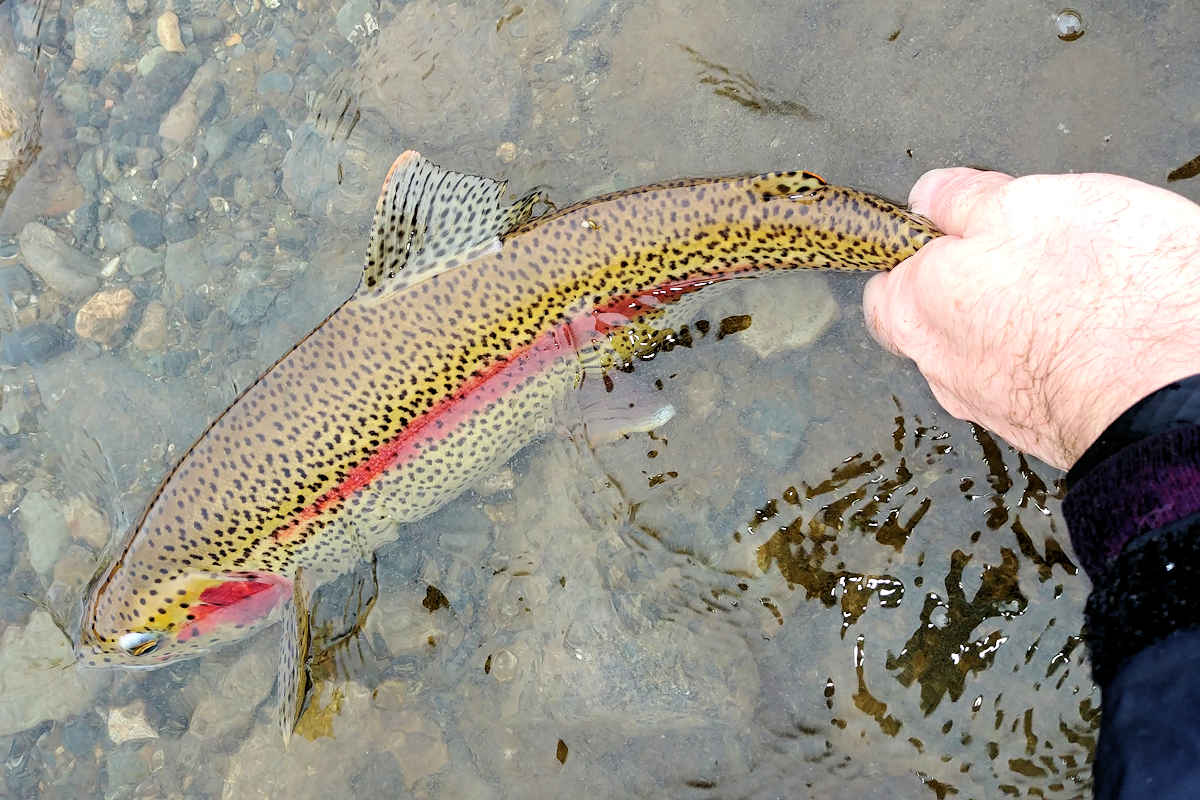 Fly fishing on the Columbia River doesn’t get much better than in April when the first hatches emerge. The weather has been unsettled with an unseasonably cold March followed by a burst of hot weather before turning to an ambivalent April.   Days are a mix of sun, cloud, rain, and wind.  That doesn’t mean poor fishing, it just means you just have to adjust your method and approach.

I hit the water around noon with an eight-weight Sage, a Ross reel loaded with floating line, a 10-foot leader with strike indicator set at about 9 feet, and a Giant stonefly pattern.  I cast upstream further into the run and watched the indicator bob along the surface.  Half way through the run the indicator disappeared followed by an aggressive head shake, then a four-pound rainbow erupting from the depths.  The chrome trout tore line for what seemed a mile, but I eventually landed the beauty, admired it briefly, then released it.

I adjusted the leader to find the optimum length to fish the runs. I was nymphing dark stoneflies with six to eight feet of leader, and it was pretty much nonstop action from there. Some fought much harder than others and took time to land, but in the 2.5 hours I was out I landed 8 rainbow ranging in size from 16 to 24 inches. I was hooking a fish every second or third cast. I lost four, was broken off once, and all fish caught were released.

There was a light rain, but it was warm and the midges were hatching.  I also saw a few black mayflies coming off the water, and stonefly nymphs crawling on the river bottom.  I fished until 2:30pm before deciding to call it a day.  I didn’t stop because of the rain, I stopped because it was a couple hours of great fishing and I was content. Another great day on the river.