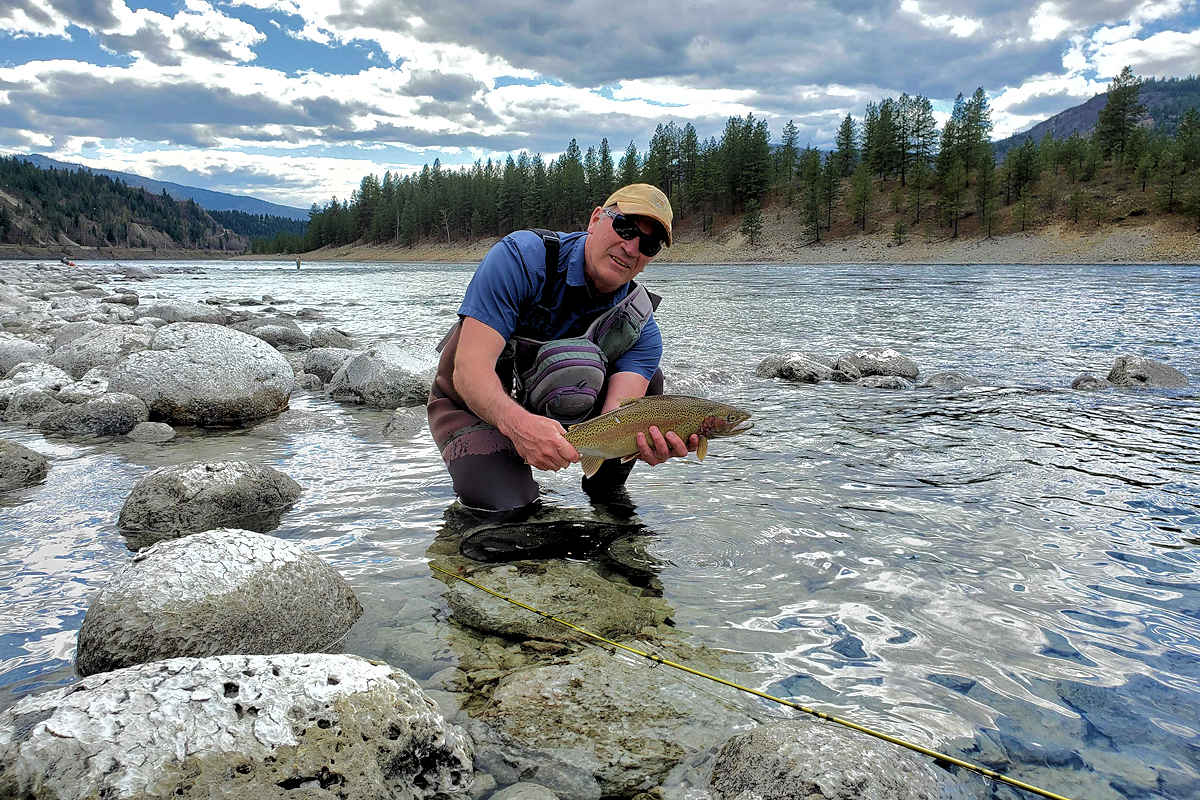 Sunday was sunny and warm, perfect conditions for wading and fly fishing the Columbia River. I wasn’t the only one who thought so, as there were a number of local anglers on the banks of the Columbia, keeping their social distancing, but enjoying the wonderful resource.

I stopped at a favourite spot below Trail and spent a couple hours nymphing a stonefly pattern over a rocky run. I had a nice rainbow on almost immediately but it came unbuttoned after a few head shakes.

It was quiet for about an hour, and then I walked up river to a small point with a nice riffle. I nymphed the fly about 6-to-8 feet below the indicator, and halfway through the run the indicator went under. A rainbow peeled line into the current and it took me a while before I could coax the nice ‘bow back into slack water, land and release him.

I forgot to check my fly, and it cost me, as two casts later another rainbow took me for a run, but the knot came loose, and so did the rainbow.

I moved to another spot towards the US-Canada border, across from Fort Shepherd, and a run that usually produces. It didn’t fail this time either. I had changed over to a full-sink line with a woolly bugger pattern that Graham Cloutier from Chillbilly Charters had ‘loaned’ me.

I cast into the current, and let it drift, when a large rainbow hammered it on the swing, and peeled me like an egg, almost into my backing.
I managed to play it into the shallows and after a good battle landed and released a nice 24-inch hen. A pretty good end to another nice day on the Columbia River.