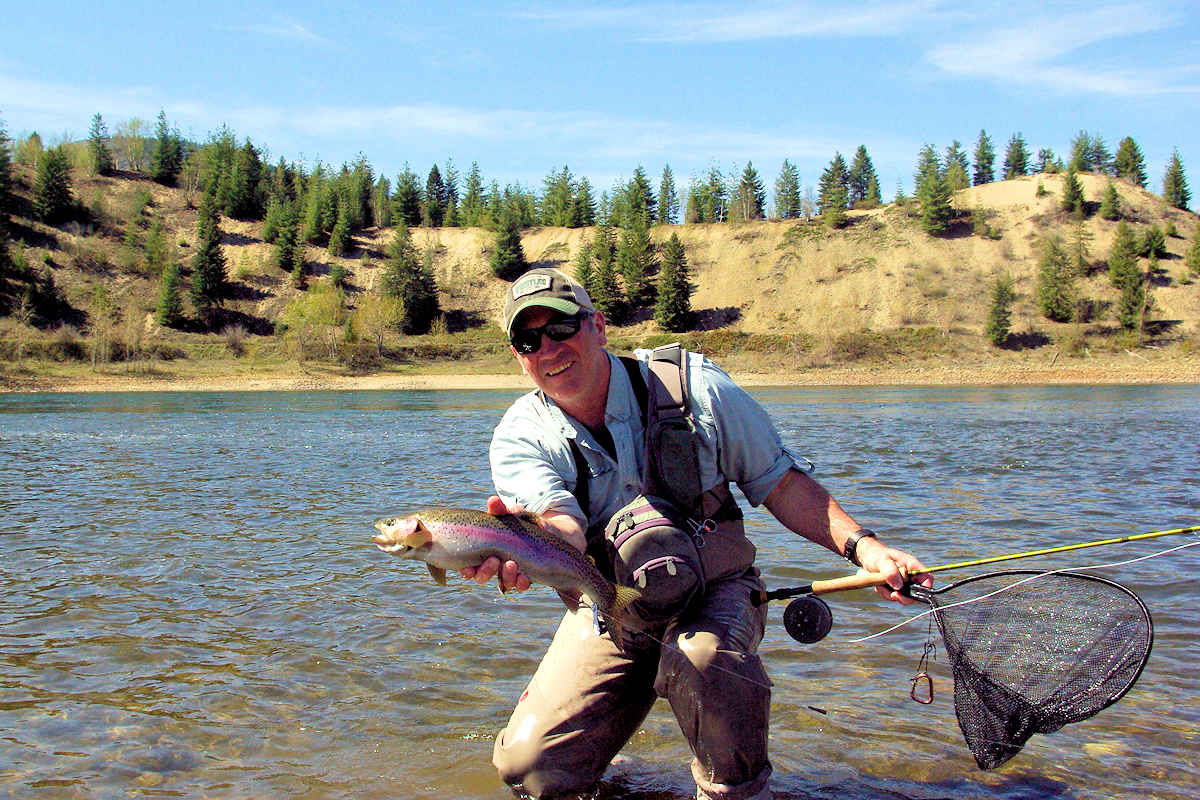 Around noon on a gorgeous sunny Sunday I went down to rough boat launch in Waneta to fish the run. I waded out into the Columbia River and was into a wild rainbow almost immediately. With temperatures in the low 20’s I think I was more focused on how great the sun felt as the first three came unbuttoned shortly after hookup.

The fourth taker was a nice rainbow that took my stonefly nymph for a long ride, and I landed a healthy 18-inch rainbow. I continued working the run and nymphed for about 3 hours. In that time I caught and released nine rainbows ranging in size from about 16 to 20 inches, lost a few, and was broken off once.

Current insect hatches included golden stoneflies, salmonflies, small black mayflies, and midges. My technique was nymphing giant stones and golden-stonefly imitations with a strike indicator set at about 6-8 feet. I tied a micro swivel to the leader and connected about 18 inches of 3x tippet and attached the fly with a loop knot.