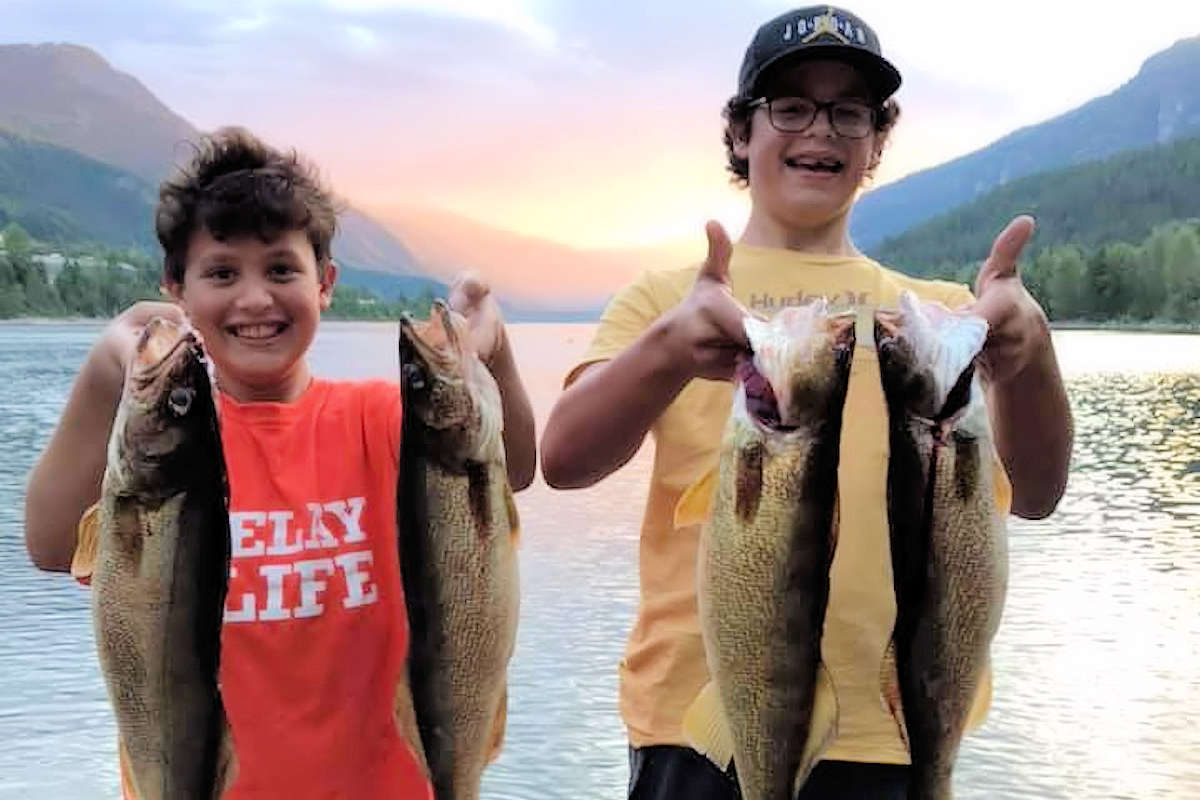 Fishing for rainbow trout on the Columbia River has been up and down much like the river and weather the past month.
Fluctuating water levels has affected the fishing on the Columbia, putting the rainbows off for a few days, while unseasonably cooler weather has also contributed.

A few outings the past two weeks was met with very little action, and few fish rising, but on Wednesday, Aug. 15, the action picked up. I went out to one of my favourite spots near Rock Island, between 6 and 8:30 p.m. My first cast with a caddisfly pattern was immediately hit by a hefty rainbow, but it came unbuttoned after a powerful run to the tailout.

A few casts later, the fly settled on the surface and just as it slipped under another rainbow slammed the fly hard and went on a torrid run. After a hard fight, I landed and released a pretty 20-inch doe. I managed to land three more between 14-18 inches and missed a couple others on the dry fly.

The caddis hatch is starting to wind down, but the hoppers are out in droves now. Try tying on a Joe’s Hopper, stimulator or similar pattern to imitate the large terrestrial.

As expected, walleye and kokanee fishing has been exceptional. Anglers have had good luck bottom bouncing for walleye north of Castlegar below the Hugh Keenleyside Dam and catching their limits of kokanee on the Arrow Lake.

For kokanee, the go-to gear includes ford fenders, willow leafs, and flashers and/or dodgers with a wedding ring and a bit of worm or maggot.

Some big walleye have been coming out of the Columbia, with anglers boating fish up to 10-pounds. Bottom bouncing or using jigs tipped with worms is the tried and true method for catching large walleye, but fly fishers also have had success with a sink line or sink tip and a woolly bugger or streamer pattern.

August and September are usually good months for anglers targeting all species of fish on the Columbia River and Arrow Lake. The cooler weather and the kokanee spawn bring large bull trout and rainbows into the mix on Arrow Lake, and expect the fall fishing for walleye and rainbow to get even better on the Columbia.