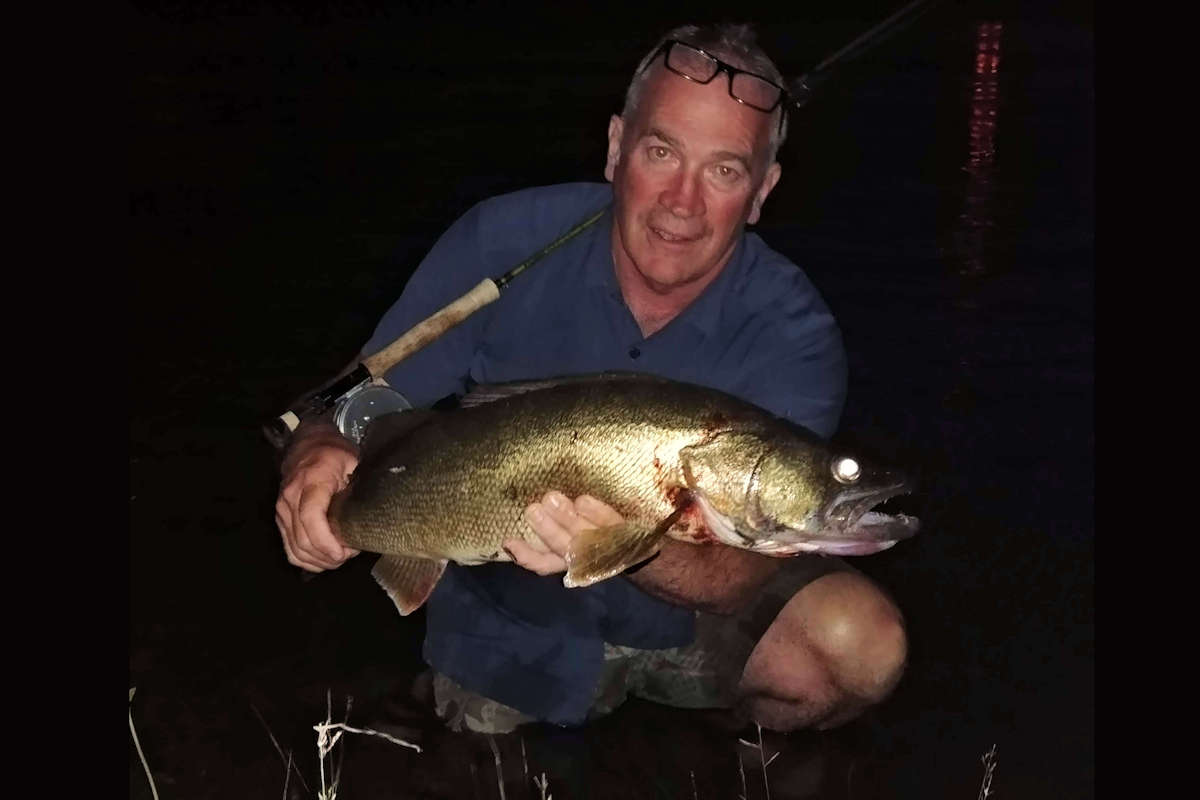 The smoky skies and record hot weather were somewhat of a challenge for anglers and trout on the Columbia River this summer, but the fishing has remained good through August.

The river has been fluctuating, likely to fulfill demands for power south of the border. The caddis hatches are robust as usual, and the hoppers are providing another great attraction for cruising trout.

There seemed to be fewer fish rising during the evening than I am accustomed to. Rather than using dry flies, I am often having more success using emerging caddis patterns, an indicator with a mayfly, or a stonefly nymph pattern for rainbows.

August is still my favourite time to fish for walleye on the fly. Generally the evenings are the best time, but I’ve caught many in midday and in the mornings. I typically use the same technique, a full sink line with short 3-4 foot leader and a woolly bugger or sculpin pattern.

I look for a nice pool or back eddy and cast, letting the line sink before stripping it in. Often the take is barely perceptible, so when I sense a pause in the line I set the hook.

They are actually pretty decent fighters and will go for solid runs, depending on the size of the walleye.

I caught my largest walleye – a nice 32-incher – just north of Trail at the end of July. I thought it was a small sturgeon at first as I could hardly move it. Then it started to stir, seemingly unconcerned with the hook in its mouth. As it swam steadily into the current It became a prolonged tug-of-war. I played it for what seemed a very long time before it finally relented.

A week later in August I was still doing well with one particular pattern I was using and had landed a half dozen walleye. Rather than cast into the same big back eddy I decided to try sling it into the riffle and strip quickly to see if I could entice a rainbow to the fly.

Sure enough, about three strips in the rod bucked, a chrome rainbow trout hammered the fly, and tore about 20 feet into my backing before it slowed and I was able to start reeling.

It was one of the best battles I’ve had, as the persistent 22-inch buck kept running until at last I was able to land and release it.

While the evening fishing may be a little smokier, the sunsets are spectacular and so is the fishing.