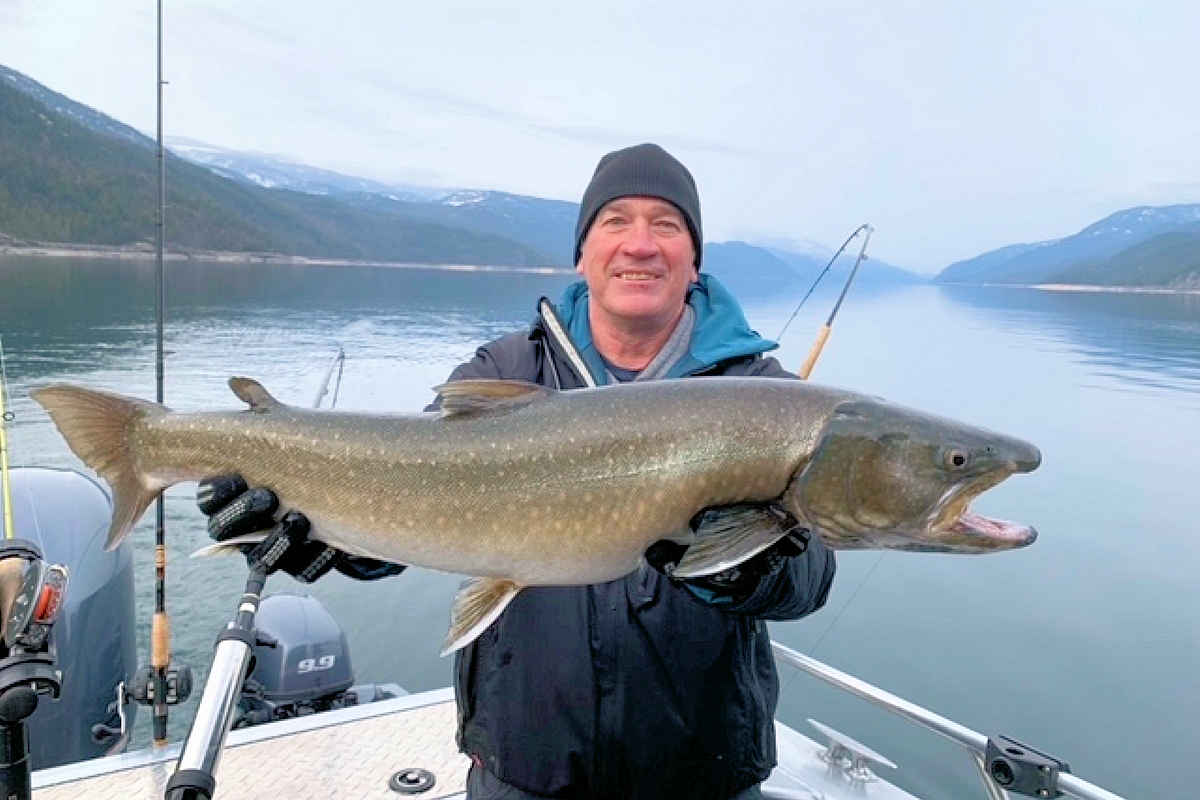 Recent reports from the Arrow Lake, a reservoir of the Columbia River 30-km north of Trail B.C., were unanimous – fishing was slow.

That is not unusual for January, especially after the local dam opens its gates and drastically changes the water levels over night. But the forecast was for calm waters and mild weather, so let’s face it there are few better ways to spend any day, than on the water trolling for big bull trout and rainbow trout.

The water was a cool 5.5C (42F), which meant a slow troll between 1.2 and 1.6 mph. I had the pleasure of fishing with a local and mutually masked friend, Mike, who keeps his boat out at Scottie’s Marina during the winter. He and another angler had caught a seven and 12 pound bull trout in an outing the week before, so hopes were high if not measured by the low water.

We launched at about 7 a.m. and sped north for about 30 minutes. We tied on flashers and hoochies of different colour and luminosity and sunk them on the downrigger to 80 and 100 feet for most of the day. At times, we marked big fish right in the zone, at others vast schools of kokanee around the 40-foot mark. We had one hard hit that bent the hook, but other than that it was quiet all around.

At about 2:30 p.m. the left rod started bouncing and I quickly grabbed it from the rod holder and set the hook. As I began to reel, the rod bowed, and I let the trout go for a heavy run. I gained ground and when a headshake came with every turn of the reel, I could tell it was a large bull trout.

About 20 feet behind the boat, the bull took off again. I let the bull run and then fought it back, keeping the rod high as I walked it into the waiting net. It was a big and beautiful 13-pound female, caught on a black glow flasher and Oil slick green hootchie.

Not all days are measured by the number of fish, but by the quality of the catch. I couldn’t have had a better day. Thanks to Mike for taking me out, because even though I reeled it in, it was he who caught the fish.