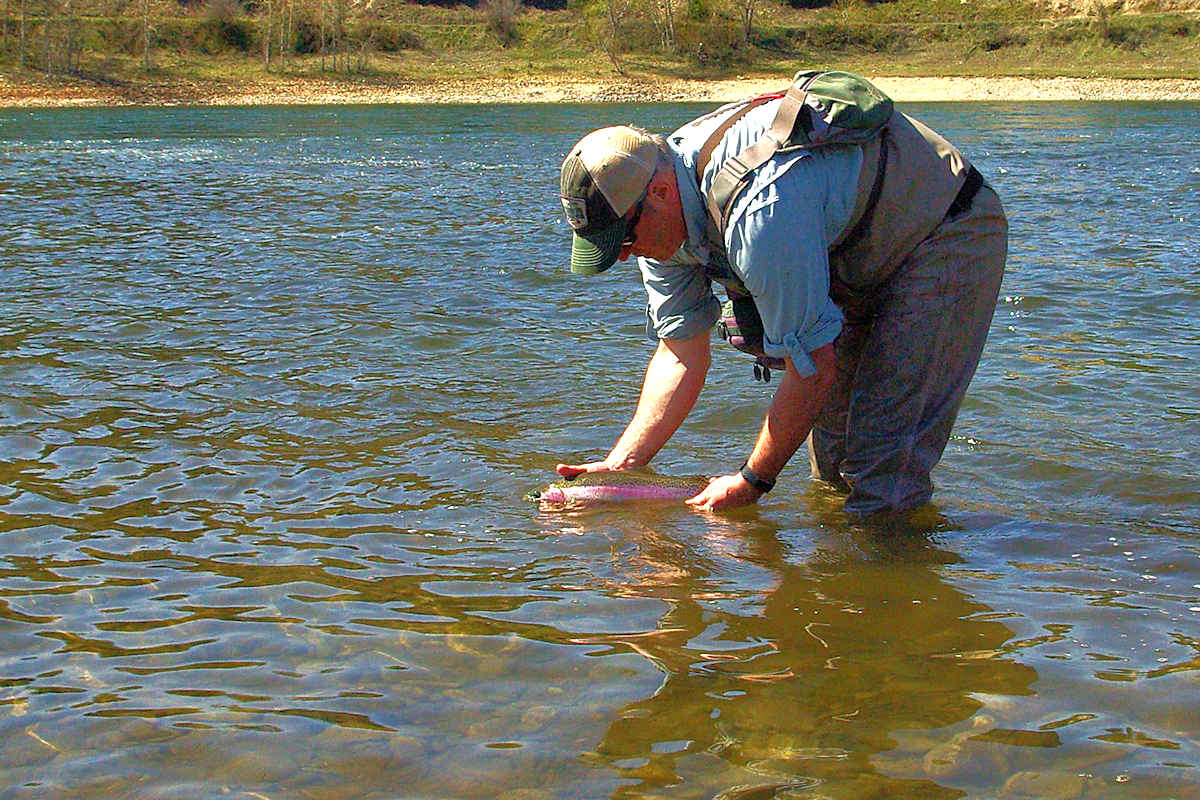 On the eve of the longest day of the year, cool and unsettled weather has affected the onset of the caddis hatch. There are still many out there but nothing like its potential once the hot weather hits.

I fished the stretch of water south of Trail towards Waneta from about 7 p.m. until 9:30 p.m. No fish were rising, but there was a small mayfly hatch, and some caddis. I caught a 20-inch walleye on one of my first casts using a stonefly-nymph set up with strike indicator.

I missed one, but I soon hooked into an 18-inch rainbow that ran like a freight train, and performed a number of aerial acrobatics, one of the best fighters I’ve had all year. After releasing it, I landed another that tore line at the start then turned and swam towards me so I had to strip line like a madman.

As the light faded, I put the nymph set up away and tied on a caddis dry fly. There were few rises, but I hooked up twice, lost one, and was broken off on another.

The top water action finally picked up, and in the space of 20 minutes I landed and released two more rainbows.Not a bad night of fishing on the Columbia. Four rainbows landed and released, a couple more touches, and a walleye -fishing is still good but look forward to warmer evenings and even better top-water action.