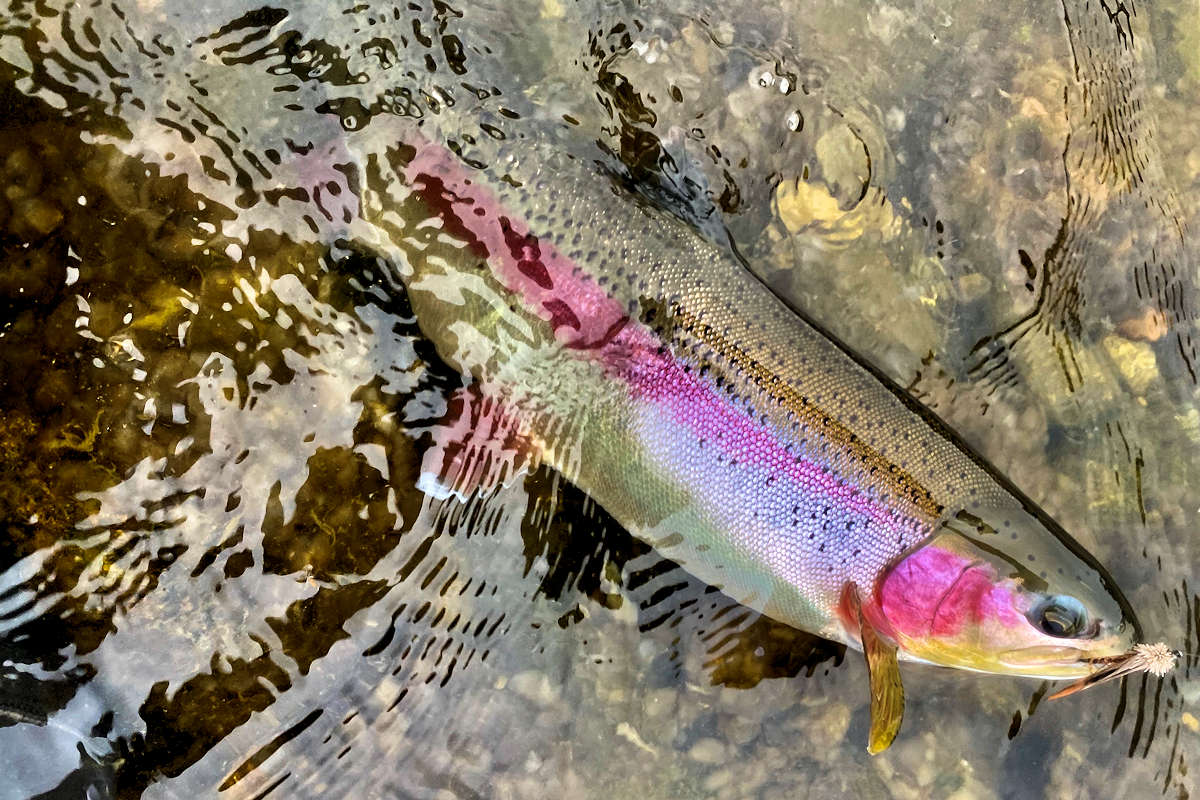 With the first day of spring only a few days away, We Sport Fish caught up with master of the long rod, Bruce Kruk from Columbia River Fly Fishing. We asked Bruce -how’s fishing? In Bruce’s words:

“It’s early March and the mighty Columbia has finally dropped into fishing shape……yay!
I got out fishing a lot this past fall, and also did a lot of guided trips. I filmed for two days with FishingBC to produce a three-minute video, and it came out great.” (View the video on Vimeo)

Bruce gets out about twice a week on average, and said:

“So far, spring fishing has been hit or miss and is weather dependant. Warm and sunny gets the fish more active. They are just not as bity when it is cool out. Conventional thinking would be to fish near the bottom with sink tips and large weighted flies, but over the years I have found this to not be the case here in Trail. I very much enjoy fishing full floating line with long leaders and sparse flies, and find I have just as much success as the sink tip route and at times even out-fish friends who like to go deep at times.

On this trip I fished for a couple hours, and it was pretty good. I was fishing full floating line, no sink tips, and no sinking flies. I had a few grabs, and landed one. As you know, my favorite saying is: “it’s called fishing, not catching.” I don’t go out to catch to catch a fish, I go out to go fishing.

I like to go out during the warmest part of the day, usually in spring that’s between 11-2 pm. I use a 14 to 16 foot rod and work the runs just as you would for steelhead with a step and cast, swing, and repeat. The key here is to cover as much water as possible.”

As Bruce is a 4-season Spey caster, we asked how the fish react with the change in temperature.

“They fight hard all year round because the Columbia is dam fed and the water temperature stays very consistent. The water doesn’t get too cold or too warm like other rivers. That’s part of the reason why the fish get so big -because the water temp is stable, there is an abundance of food for the trout.

“A normal trout scale has a growth rings that are similar to a tree. The number of rings tells the fish age, and the spacing tells how fast it is growing. The wider the spacing, the faster the growth. Biologist tagging and studies show Columbia River trout grow 2-3 times faster than normal trout. They are very well fed and just grow much faster and larger than most trout in other bodies of water.”

We asked Bruce about his plans for the upcoming year, and in no particular order, his plans are to work, fish and guide.

Happy “just about” spring everyone!