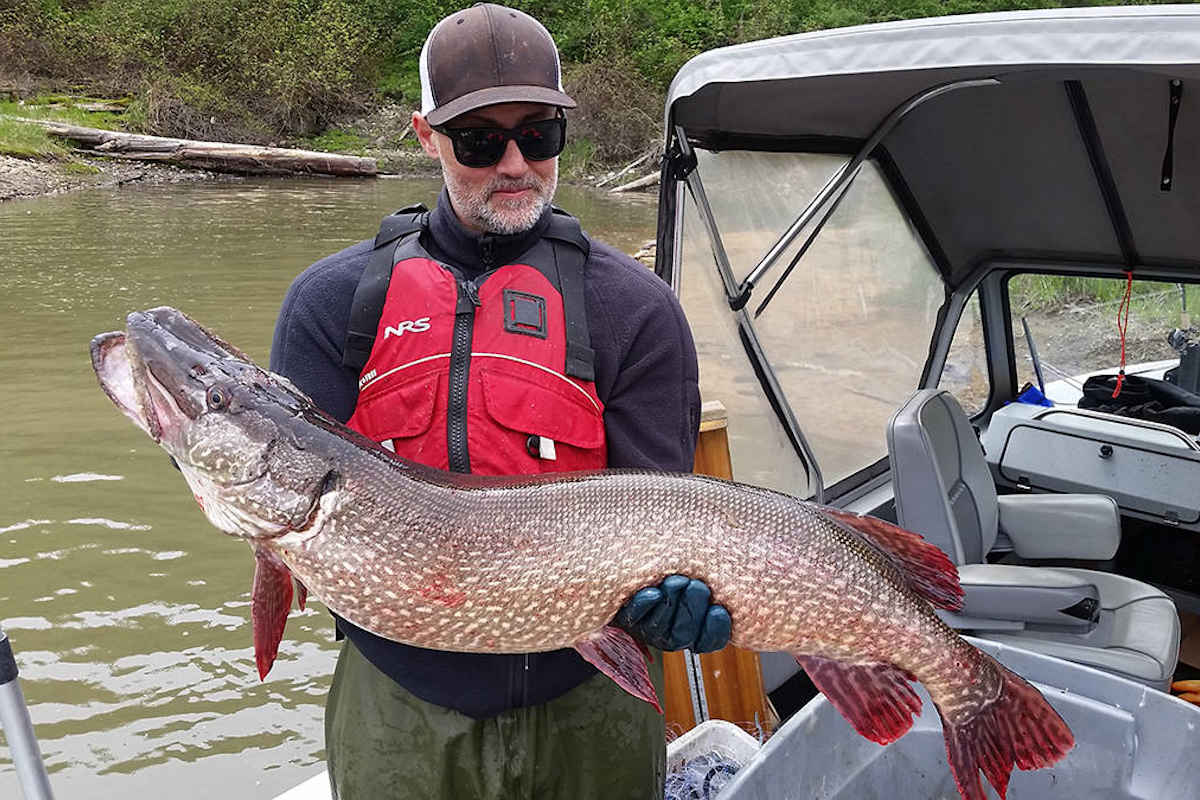 Northern pike are apex predators and a favoured game fish of many anglers across North America. However, on the Columbia River, pike are an invasive species that pose a threat to the thriving rainbow trout fishery.
Pike were first identified in the BC section of the Columbia River in 2009, when fisheries managers from Golder Associates caught five in the Robson Reach north of Castlegar. It wasn’t until 2014 that BC fisheries initiated a pike suppression program that caught more than 130 pike in its first year.

In 2018 Columbia Basin Trust, BC Hydro, and FLNRO joined forces to fund the program and secured the services of Mountain Water Research and Wood Environmental to conduct surveys in August, September and October. Crystal Lawrence, Wood Environmental Aquatic Biologist, confirmed 7 females and 20 males, were removed from the Columbia River in 2018. The number has been declining; however, the pike population south of the border in Lake Roosevelt is still growing rapidly.

Most pike were captured in the area between Hugh Keenlyside Dam and Castlegar, as well as Kootenay River Oxbow, Waldies Island, and Zuckerberg Island. BC fisheries instituted a pike-reward program for the Columbia River, Arrow Lakes, and Pend d’Oreille Reservoirs. Run by ONA and Central Kootenay Invasive Species Society, a bounty of $10 will be paid for each pike caught. Heads can be dropped off at any of the following collection stations: Johnny’s Grocery and Gas -Castlegar, Golder Associates -Castlegar, Regional District Kootenay Boundary Office -Trail, and Christina Lake Stewardship Society -Christina Lake.

Let us keep you up to date on sport fishing the Columbia River. Get tips and techniques, fishing reports, news and more, right in your inbox!
This website uses cookies to improve your experience. We'll assume you're ok with this, but you can opt-out if you wish.AcceptReject Read More
Privacy & Cookies Policy
Necessary Always Enabled