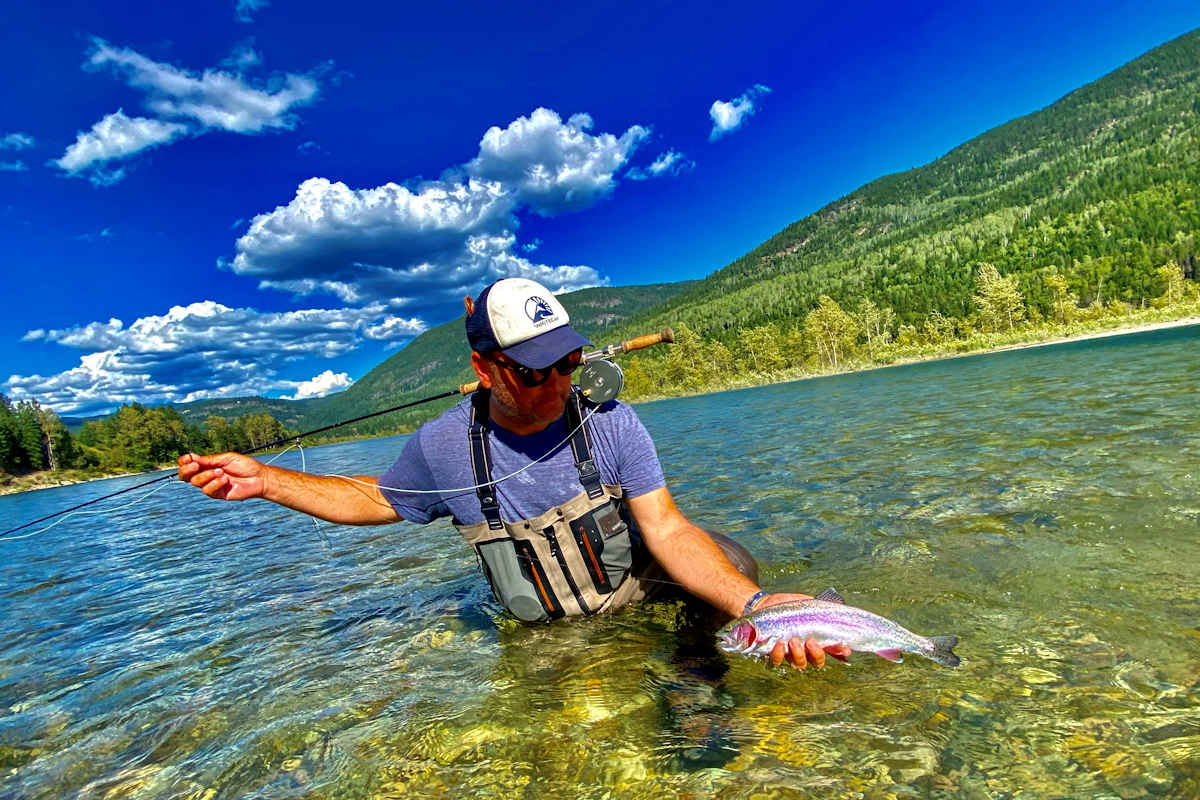 After a few months’ hiatus due to the pandemic, and now that being a tourist in your own province is acceptable, We Sport Fish caught up with Bruce Kruk from Columbia River Flyfishing for an update on the progress of the 2020 fishing season. Columbia River Flyfishing cautiously resumed operations in late July to take advantage of our excellent Columbia river fishing, and recently hosted fly fishers from Kelowna and Vancouver on two-day and three-day guided trips. Bruce gave us a little insight into how the fishing is progressing leading up to the big caddis hatch and his favorite time of the year when he targets the big river rainbows in the fall and early winter months.

The Columbia is famous for it’s prolific caddis hatch, but trout also like a little variety in their diet with the larger mayflies, nymphs, terrestrials, and whatever else looks like food. Bruce’s guests used floating line with an attractor pattern to target rainbows. One set of guests was fairly new to single hand fly fishing. They brought a lot of fish to the boat, but were not accustom to how hard our strong, healthy river rainbow can fight, so Bruce figures more fish were probably lost than landed.

This is quite common when visitors fish the Columbia for the first time, as pound-for-pound, Columbia rainbows are just healthier and fight a lot harder than trout in other water bodies. The Columbia River offers the perfect trout habitat with its high oxygen levels for healthy fish, strong current for lots of exercise, and abundant sources of food to help pack on the weight. They just fight harder.

The second set of guests were experienced double-handed fly fishers who wanted to improve their double-handed rod technique. They fished both single, and double-handed rods with attractor patterns, and by the end of the third day had dramatically improved their casting skills -one of the great benefits of hitting the water with a competitive spey caster to help you improve your technique. Both sets of guests had a great time, and both plan to return later in the season for another trip.

According to Bruce his favorite months for double-handed spey casting are September, October and November when the really big trout come out to play. Playing a strong 3 or 4 pound trout gets the adrenaline going, but battling something closer to 20 pounds on a long rod in the fall is something else entirely. To learn more about a guided trip with Columbia River Flyfishing visit their profile page here on We Sport Fish, or to book a trip visit their website at ColumbiaRiverFlyfishing.com.