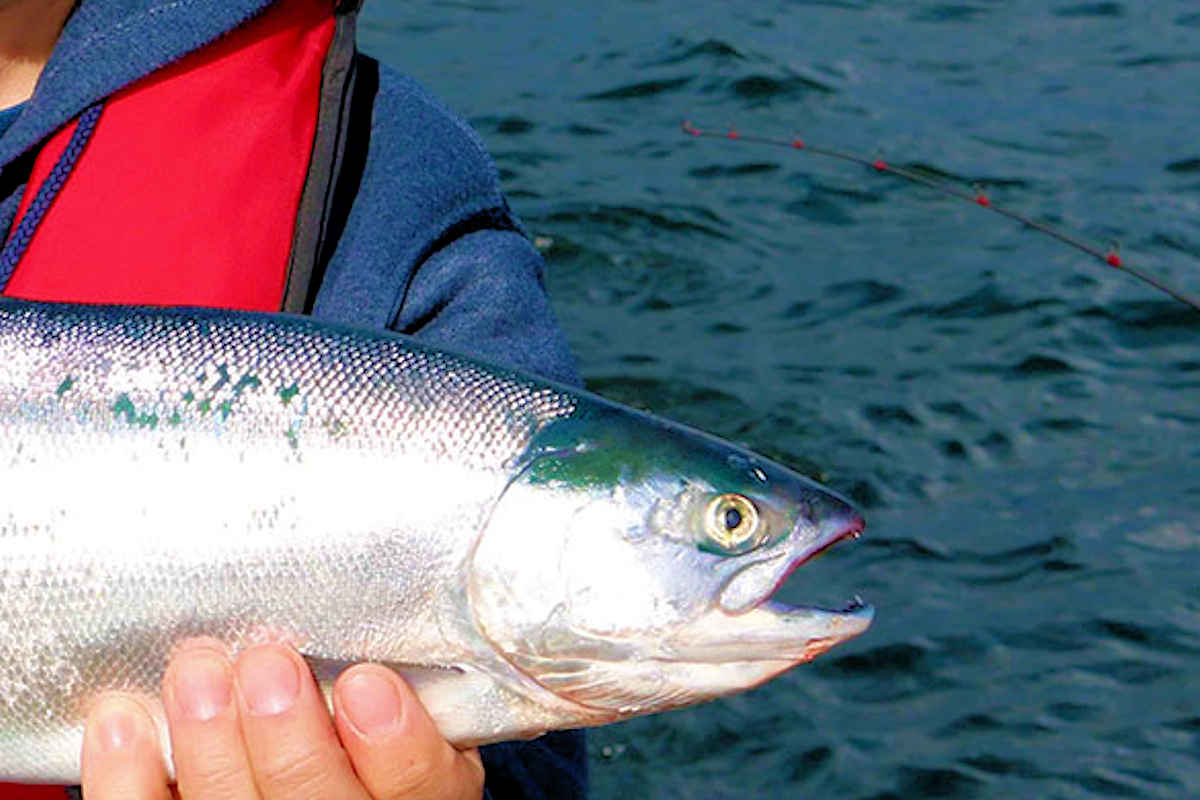 Kokanee fishing on Lower Arrow Lake and the Columbia River below Keenleyside Dam is heating up.

The kokanee fishery on the West Arm of Kootenay Lake was drastically reduced giving anglers just four days (Apr. 1-2 and July 1-2) to fish for the freshwater salmon in 2019. The Ministry of Forests, Lands and Natural Resources Operations (FLNRO) are concerned with the health of remaining stocks and changed the once burgeoning kokanee fishery to catch-and-release the rest of the season.

Kokanne stocks plummeted from a high of close to 2 million in 2011 to just over 12,000 in 2017. Kokanee consist of over 70 per cent of a bull trout’s diet, while insects make up the majority of a Gerrard rainbow’s diet. In an effort to help sustain remaining kokanee numbers, FLNRO increased the number of bull trout anglers can keep to two on Kootenay Lake, and they opened the Duncan River to bull trout fishing, also with a limit of two.

Kokanee are a keystone species that support life beyond the predators, Gerrard rainbow trout and bull trout, that feed on them. When kokanee spawn, they affect the whole ecosystem including birds like eagles and osprey, grizzly bears, otters, and other wildlife. In addition, the decaying spawners restore nutrients to Kootenay Lake and its tributaries.

In contrast, the Arrow Lakes’ kokanee fishery has been robust and anglers can catch and keep five kokanee per day on the Arrow and 15 on the Columbia River.

Now is the time to get on Arrow. Head to Scotty’s Marina for fishing info, boat gas, and other amenities.

Troll with dodgers and Mack’s spinners or wedding rings tipped with worm or maggot for the best results and enjoy your fishing.