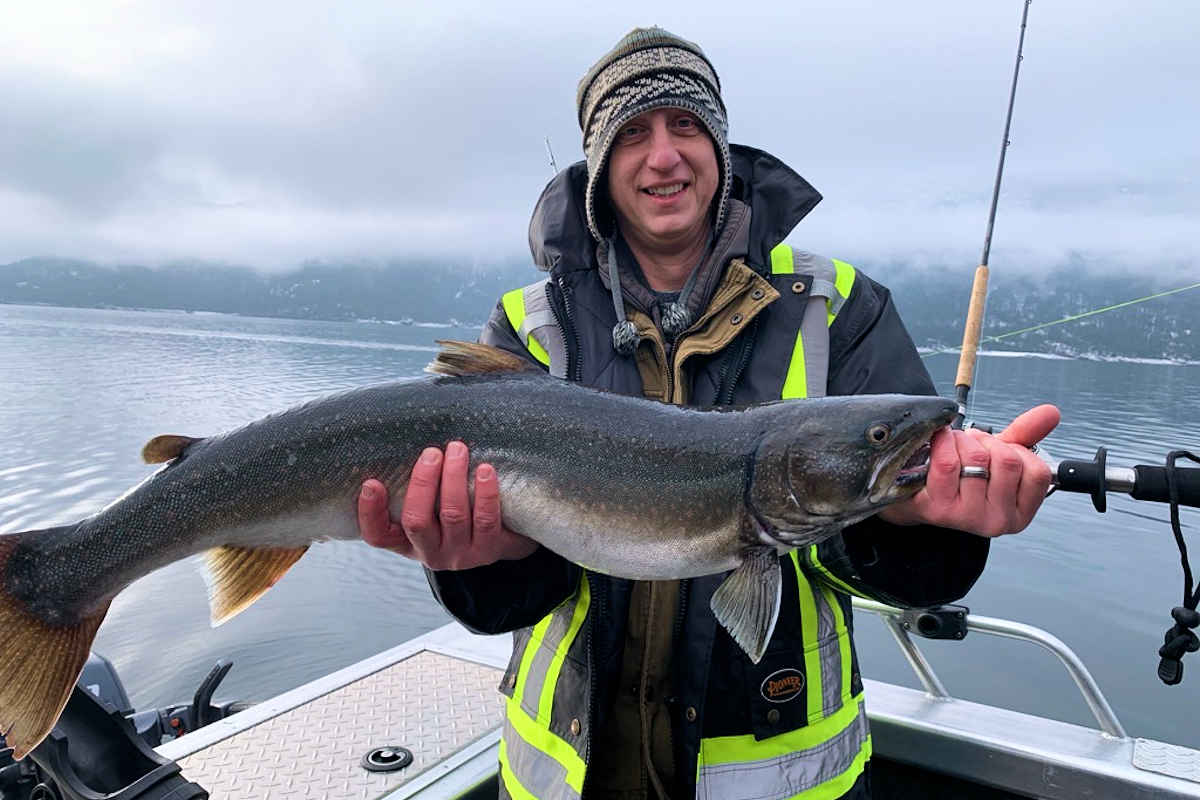 Winter has arrived in the West Kootenay and that means one thing – big fish on the Columbia River and Arrow Lake.

Anglers have had pretty good luck slow trolling for bull trout and rainbows in Arrow Lake this past month. On Sunday, Dec. 29 with fairly mild temperatures hovering around 0C, Claude Mocci boated a 34-inch, 12-pound bull trout, as well as a few rainbows in the 2-to-5 pound range.

Reports have ranged from anglers landing up to 10 fish a day on Arrow, depending on the day, with some of the bigger rainbows coming in at 11-pounds and bull trout up to 14 pounds.

The Arrow Lake water temperature is still fairly mild, 43F or 6C, so anglers are trolling between 2.5 and 3 mph, and have had the best luck pulling Lyman and Tomic plugs at 90 feet and more.

The Hugh Keenlyside Dam has been spilling water of late, so that can affect the fishery in both Arrow and the Columbia, but it hasn’t stopped anglers from catching fish.

The Columbia River was hot in October and November, and while it was hit and miss in December, some nice catches were reported.