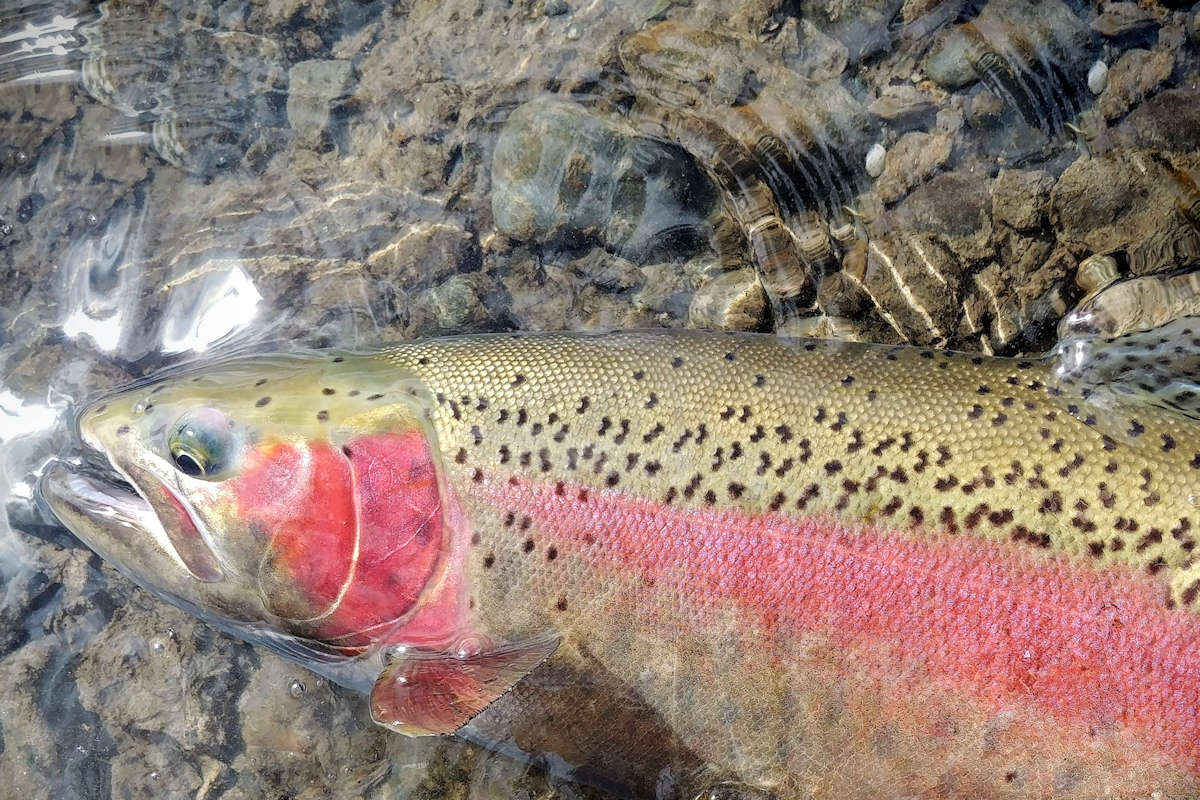 Apologies for the long delay between posts. No one thought COVID would still be making an impact in 2022, but here we are, restrictions still in place, making travel and booking your next fishing trip filled with uncertainty.

Fortunately, I live near the Columbia River and it has proven a wonderful place to get away and escape the bitter realities of the modern world.
The great thing about the Columbia River, other than the fact that it’s one of the best fisheries in B.C., is that it is also accessible and fishable year round. While most streams ice over or have fishing restrictions placed on them during the hardwater season, with relatively mild weather in the Columbia River Valley, shore anglers and fly fishers can have tremendous luck.

On Saturday, Feb. 5, with the sun shining and a light breeze, I decided to pick up my fly rod, tie on a fly, pull on my neoprene waders, and make a few swings on one of my favourite runs below Trail. Like many creatures, the rainbow trout’s metabolism slows as the temperature drops, and they aren’t as active during the grip of winter, however, if you put something right in front of them they will strike.

I generally take two rods, one with a full sink line, short leader, and an attractor pattern like a woolly bugger or sculpin pattern. On the other, I have a floating line with a stonefly or mayfly nymph pattern, and try to fish it in the seams, riffles and shallow runs hoping to elicit some attention.

On Saturday, it didn’t take long before I hooked my first rainbow, and it took me for a nice run before I was able to quickly land and release about an 18-inch male. The fly was a pumpkin-head woolly bugger, similar to Don Freschi’s Bulldog, but I use a bright orange beadhead, and a shorter, darker (brown) body.

I worked my way down the run, and I had one more tug before I called it a day. The sun hung low and bright on the horizon, and I took a deep breath as I reeled in and braced myself for a hard gust of wind. The temperature was dropping, but I felt invigorated and oddly, hopeful.
After all – “If winter comes, can spring be far behind?”