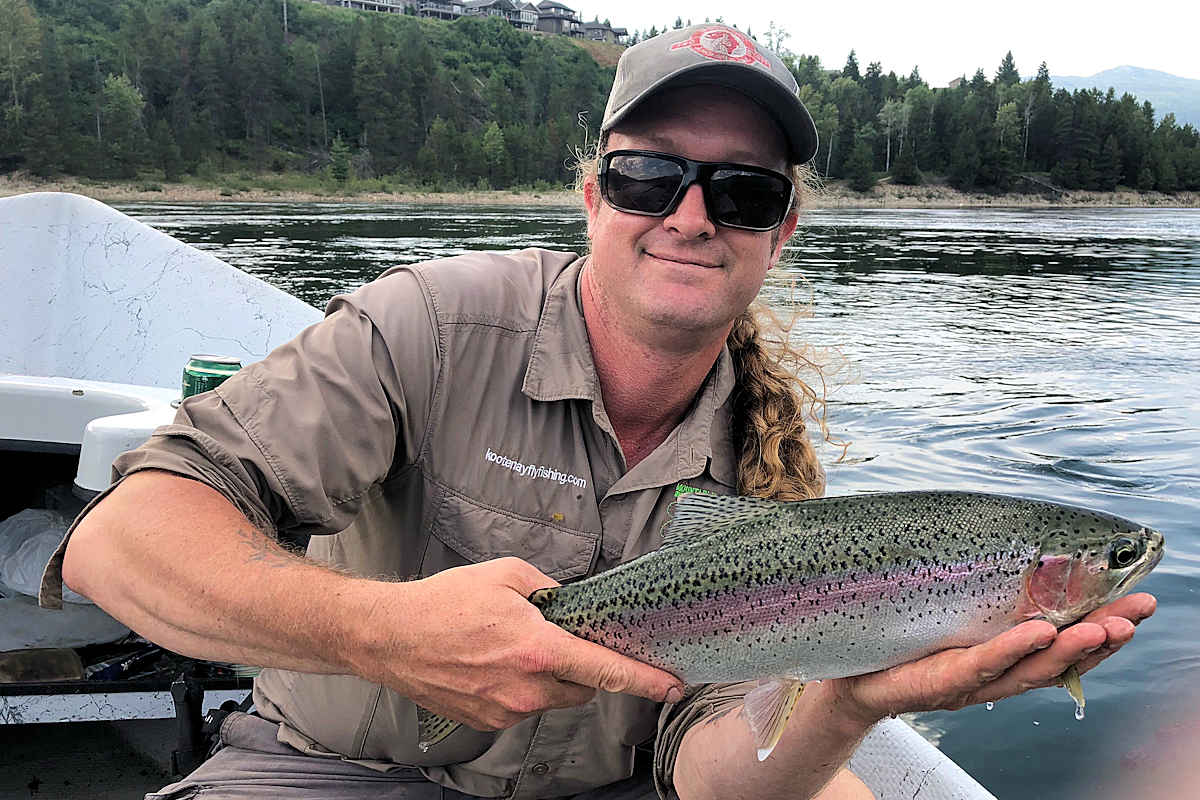 We started our half day drift around 11:00 am in Robson. It was a hot and humid day with sunny periods and large scattered clouds. The water is still rising with the spring freshet. Because of this, the water is a little murky and there is some debris below the confluence with the Kootenay River. This year’s lighter snowpack is not creating the high, fast water like it has the past few years, so the water is much calmer and the fishing is really good.

In our 4 hour outing we landed and released 4 rainbows from 16-22 inches and only lost one. For the first few hours the fish were not very interested. We pulled some sinking lines and tried nyphing, but most of the day’s action was on the surface except for one rainbow caught casting an Orange Len Thompson extra heavy lure (one of my favorite lures). Around 2:00pm at Waterloo Eddy the trout began to rise. We put a dry fly on and threw a mayfly at them a few times, but still there were no takers. We switched to a Hare’s Ear Nymph with a gold headed bead and size 14 hook and then the action began.

We cast our fly and let it dead drift in the current. As soon as our fly hit the seam the rainbows started taking it. Once on the fly, the trout fought really hard and peeled line right into our backing. The last hour really picked up was excellent fishing, but unfortunately we both had prior engagements and had to be off the water by 3:00pm. On our way down we saw a lot of sturgeon scattered all about the river. It’s always a treat to see the sturgeon, and about 8 of the sturgeon were quite large. Even when my guests know there is sturgeon they are always surprised when they actually see them for the first time. They are an amazing prehistoric fish that I always look forward to seeing.