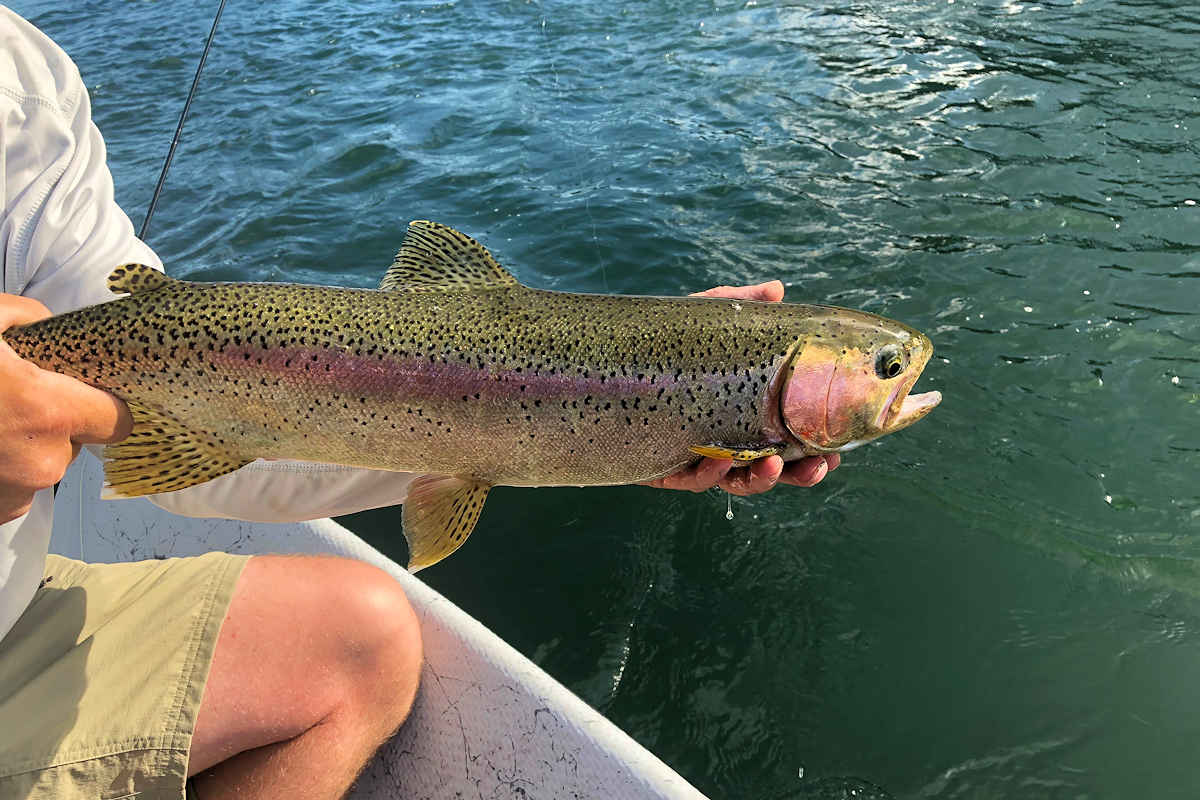 We launched at Robson at 3:30 in the afternoon. The past few days were cooler with rain and thunderstorms, but the forecast for today was sunny with cloudy periods. We drifted down past the Castlegar bridge and started fishing at Waldie Island. We hit lots of little bays along the way, and found pockets of rainbows feeding on Caddis flies.

The river seemed lower than normal for this time of the year. I think the freshet is finished for the year, and I don’t think the water level will go up any more. My two clients were from Alberta. One was an experienced fly fisher. He landed nine rainbows and lost one. The other had never fly fished before. He was an avid bass fisher, so he was in the habit of setting the hook really hard. With a little coaching his luck did change, but old habits are hard to break. He landed one and broke off six.

The rainbows were all were on the top couple feet of water. We used an Elk Hair Caddis fly with a trailing shuck. Most of the fish were in the 18-20 inch range, and the biggest was 23 inches. All the trout looked very healthy with really nice colours and big backs. Some went straight down and did a head shake, but most went aerial. They all put on a good fight.

The fishing was good, but really picked up at the end of the night. It would have been nice to stay out a bit longer, but my clients had plans so we landed around 9:00 pm. We did see a lot of sturgeon on this trip. We also got to watch some ospreys fishing for dinner, and golden eagles getting chased off by crows. All-in-all it was an excellent day of river fishing.